On June 17, 2020, the Office of the Bishop announced that Synod Council voted to postpone the 2020 Pacifica Synod Assembly and designated Saturday, May 1, 2021 as the date for our next synod assembly. This one-day assembly will be held completely online and planning for our time together has already begun.

Please begin to consider who your voting members will be, keeping in mind the following:

• Voting members will need to be familiar with computers or tablets (such as iPads) and able to learn an additional voting program/app. 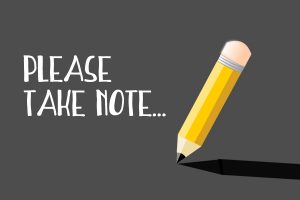 • As this will be a one-day assembly on a Saturday, consider electing people whose schedules have prohibited them from attending past assemblies during weekdays.

Each congregation will receive their voting member allocations and assembly invoice in January. There are still costs involved in creating an online assembly, but there will be no costs for travel or housing.

Watch your mail for your assembly invoice and voting member allocations to arrive by mid-January 2021. Online registration of your voting members will open in early March 2021.

Are You Feeling Called to be a Leader in the Pacifica Synod?

The Nominating Committee of the Pacifica Synod invites members of Pacifica Synod congregations to prayerfully consider if God is calling them to serve on Synod Council, the Discipline Committee, or as a Voting Member at the next Churchwide Assembly. Elections to fill these positions will take place at the 2021 Synod Assembly on May 1, 2021. Descriptions of the duties of each open position can be found in the links below.

Any congregational member in good standing may self-nominate or be nominated to open positions by completing the online nomination form.

Nomination forms for all positions must be received no later than Friday, February 19, 2021. Those who wish to be considered for open positions who have not submitted their form by that date will need to be nominated from the Synod Assembly floor per S9.03.02 and must be accompanied by a written nomination containing the signatures of no less than 10 persons entitled to vote at the assembly for the nominee. Questions about nominations may be directed to the Nominating Committee at office@pacificasynod.org.

Synod Council Youth Representative
This position must be filled by a layperson who is a voting member of a congregation who has not reached the age of 18 at the time of the election
(two-year term)
Description
ONLINE NOMINATION FORM
The following Discipline Committee and Churchwide Assembly positions are also open:

These positions are to be filled by a layperson or rostered minister as noted – six-year term. The Discipline Committee is a specialized committee that is called together only when needed.
Description

Churchwide Assembly Voting Members (6 total)
These positions are to be filled by a layperson or rostered minister as noted and will attend the Churchwide Assembly August 8-12, 2022 in Columbus, Ohio (plan for in-person)
Description
ONLINE NOMINATION FORM

The deadline for presenting a resolution or memorial
to the 2021 Synod Assembly is February 1, 2021.

The resolutions process enables individuals or recognized groups within the synod to bring a request for action or a request for a statement to be made by the Synod Assembly. Since the ELCA Churchwide Assembly meets in 2022, this Synod Assembly will consider both resolutions and memorials. For information and resources about the differences between a “resolution” and a “memorial,” please visit the ELCA Office of the Secretary webpage found here. 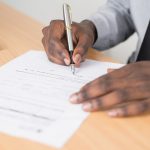 Resolutions and memorials may be submitted by a congregation of the Synod, a Ministry Team, an ELCA institution or agency, a conference, or the Synod Council and must be signed by the appropriate leadership (i.e., president, chair, dean, etc.). Individuals may submit a resolution/memorial with the signatures of 10 other members of the Synod. The maker(s) of the resolution/memorial must be identified separately from the required signers.

Resolutions/memorials are to be submitted in writing 90 days in advance of the Synod Assembly (by February 1, 2021) for review by the Resolutions Committee and for placement in the pre-assembly materials. They may be mailed or emailed to the synod office at rachelline@pacificasynod.org, to the attention of the Resolutions Committee. Any resolutions received after the 90-day deadline will be considered by the Synod Council at its next meeting. Any memorials received after the deadline will be considered in the 2022 Synod Assembly.

The Resolutions Committee shall report its action on each resolution/memorials to the group submitting it and to the Synod Council who can overrule the committee’s decision.

If you have any questions about the 2021 Synod Assembly, please contact Rachel Line at rachelline@pacificasynod.org.

A Reconciling in Christ Synod Since 1993

Sign up to receive the Synod’s email update to hear what’s going on in the Pacifica Synod.